A Memorable Travel to Western America 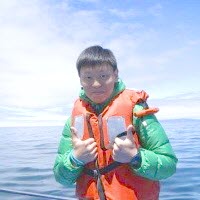 This summer vacation, I joined my school’s summer camp and traveled to America. Before we started our trip, we almost assembled twice a week because there are so many things we need to know and prepare ahead of time. Now I realize that good tools are prerequisite to the successful execution of a job. I want to thank all the teachers for preparing everything before we go to America.

This is my first trip to America. I was so excited that I couldn’t sleep the night before starting out. I believed everyone had the same mood. When we arrived at Taoyuan International Airport, I felt that I would work abroad and never come back. That was funny, wasn’t it?

The second and third day in America, we went to the Yosemite National Park. It was a marvelous place whose view was so beautiful that I didn’t want to leave. We walked into the river and felt the freezing water. One of our team members even fell into the freezing water! We also went to some famous scenic spots like Stanford University, San Francisco city and visited many things which are different from those in Taiwan. What is the most expectable in our journey was to go to watch the baseball game in the Giants stadium. The atmosphere during the game was so exciting. Everyone yelled loudly when the pitcher struck out the batter or the batter hit the base hit. This is such a precious experience in my life and I will keep it in my mind forever!

Then we went to CSUMB University and did the most important things in the summer camp. The lesson sounds difficult on the first day, because when the teacher explained the design of the apps, she spoke really fast. Fortunately, we could ask the TA who studies in the university and joins the camp to help us. Finally we made our own apps in the lessons and we learned how to be independent during the activity in the California States University Monterey Bay!

We also had outdoor educations. We went to the sea to look for some precious sea animals in the Pacific Ocean. Fortunately, we saw all of the sea animals which live in Monterey Bay. We also rode a bike along the coastline of Pacific Ocean. The view was so beautiful that I didn’t feel tired at all and we even had the barbecue beside the ocean! I don’t think there was anyone who wanted to end the wonderful school life.

After leaving the CSUMB, we left for the south California and visited the Hearst Castle, which cost thirty million US dollars. After that we played and had a good time in the Disneyland, the Universal Studio, and the Sea World. On the last day of the trip, we also went to an outlet and bought a lot of things there.

After coming back to Taiwan, I always keep missing what we did during the summer camp in America. I’ll remember everything during the trip and never forget them in my life. I also want to say to all the members in the camp: We are a team and our friendship will never disappear!